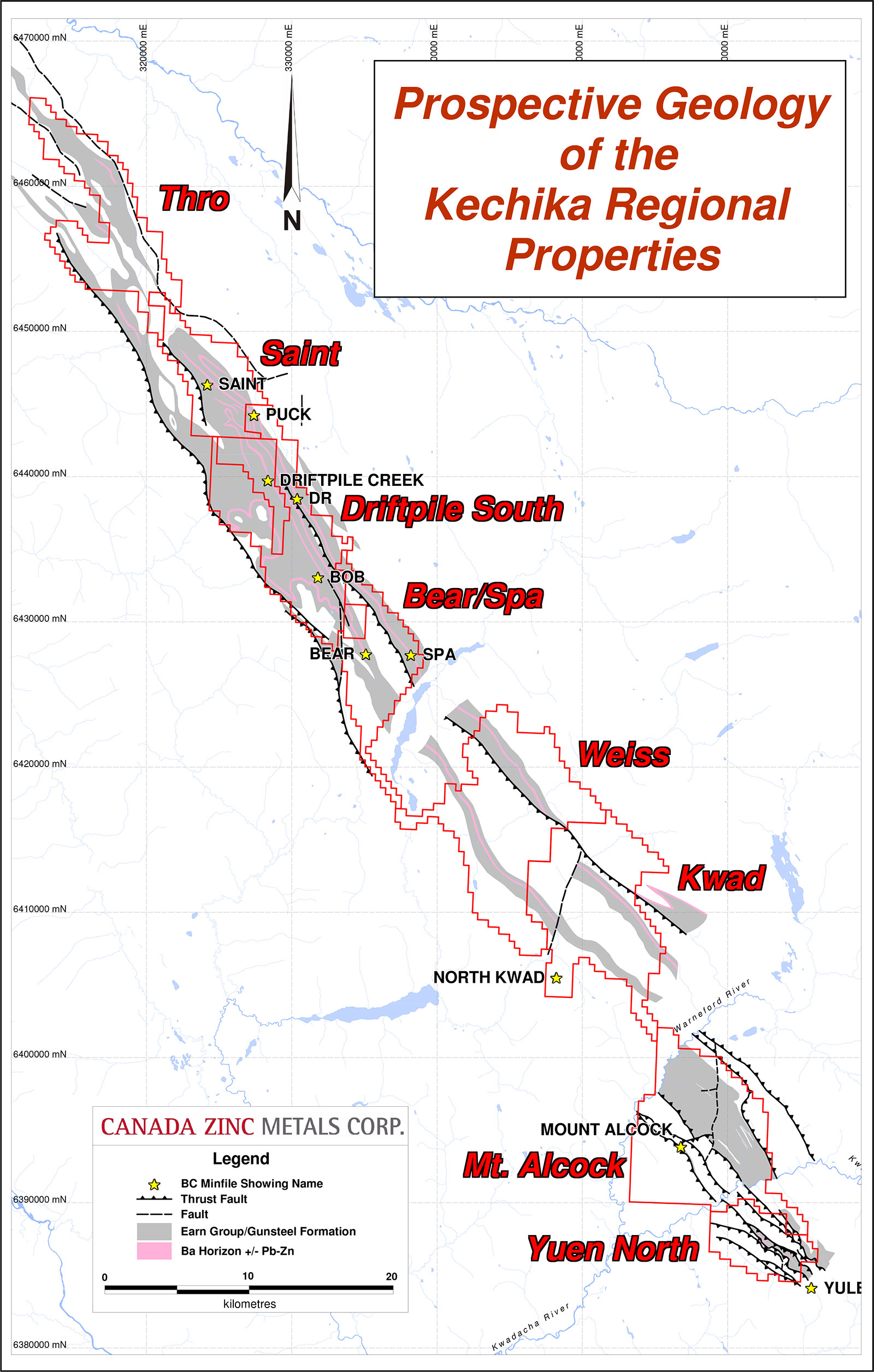 The Kechika Regional Project is situated within the Fold and thrust belt of the Rocky Mountains. The project geology is characterised by a series of imbricated thrust panels comprised of Cambrian to middle Devonian aged rocks of the Kechika, Road River and Earn Groups. The Earn Group is comprised of the Warneford Formation: coarse clastic sediments, the Akie Formation: soft aluminous shales; and the highly prospective Gunsteel Formation which is characterised by bluish-grey weathered black siliceous shales. The project mineral claims cover the three known thrust panels of Earn Group stratigraphy within the Trough. The Eastern panel is present from the Akie property before pinching out along the eastern edges of the Pie property. The Central panel can be traced the entire length of the Kechika Regional Project from the Akie to the Thro properties covering a strike length of approximately 140 kilometres. The Western panel extends from the Akie to Mt. Alcock properties before pinching out on the Mt. Alcock property. The mineralisation present on the Bear/Spa property is hosted within the Central panel and the mineralisation present on the Mt. Alcock property is hosted within the Western panel.

Historical Drilling by Triumph Resources indicates that the mineralisation strikes southeast and dips shallowly to the southwest by an unknown extent.

The mineralisation present on the Bear/Spa property is marked by a small gossan. Subsequent drilling programs by Archer Cathro in 1980 and 1981 identified the presence of at least two southeast striking steeply dipping mineralised horizons. The upper horizon consists of fine grained bedded barite with interstitial sphalerite and galena while the lower horizons is comprised of a non-baritic massively bedded pyrite.