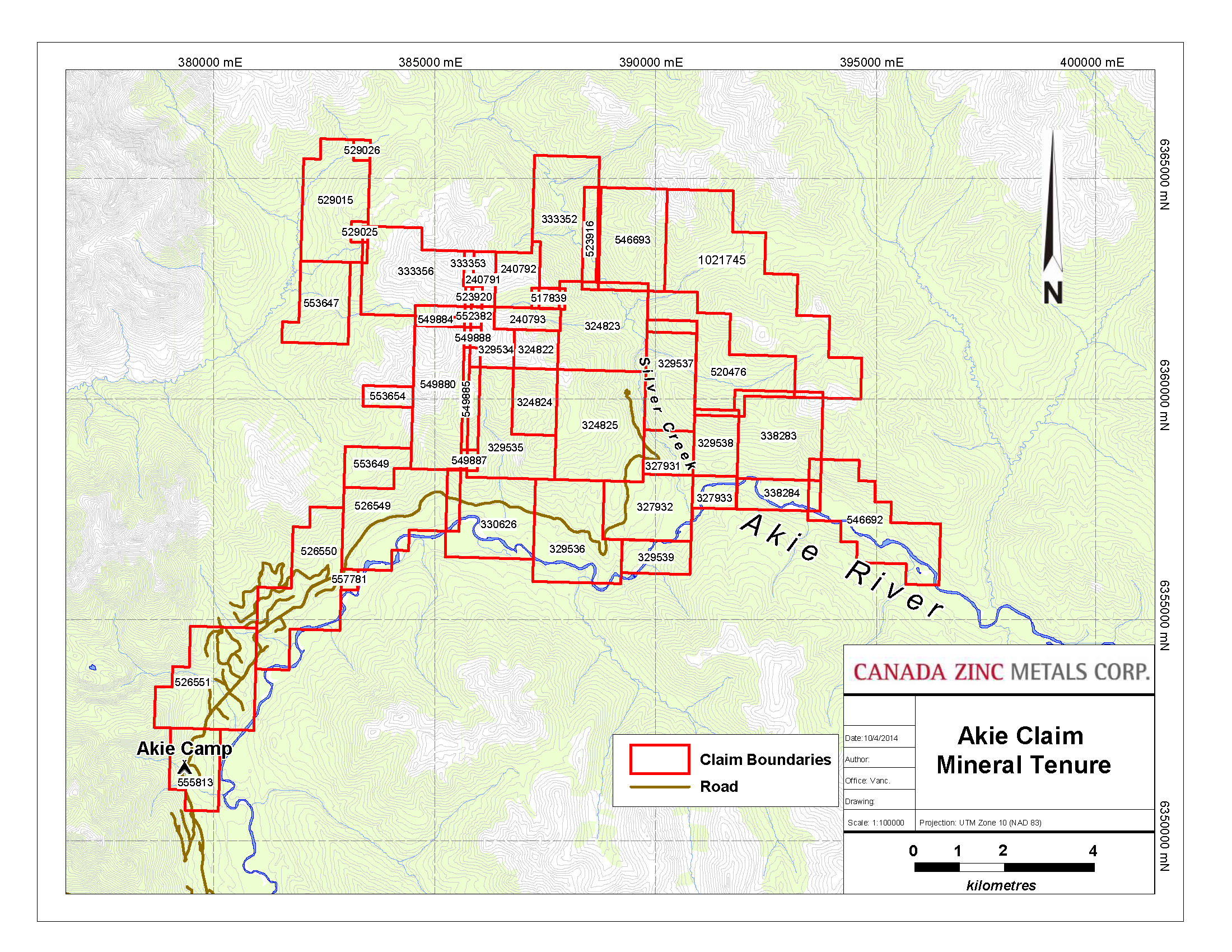 known as the Kechika Trough. The property is named after the Akie River which runs along the southeastern boundary. The property is underlain by the prospective black siliceous shales of the Gunsteel Formation and is host to the Cardiac Creek deposit, a large sediment hosted stratabound SEDEX type Zn-Pb-Ag deposit. In late 2005, the Company entered into an option agreement with Ecstall Mining to acquire a 65% interest in the Akie property. Subsequently the Company acquired 100% of Ecstall Mining via takeover in 2007. The Company maintains a 100% ownership of the Akie Project. Since late 2005 to present day the Company has conducted numerous exploration programs completing a substantial amount of drilling that has been focused on defining its primary asset, the Cardiac Creek deposit.

These drill campaigns have defined a significant body of mineralisation. The current resource consists of:

Note: Mineral resources are not mineral reserves because the economic viability has not been demonstrated.

Ken MacDonald, P.Geo., Vice President of Exploration, is the designated Qualified Person as defined by National Instrument 43-101 and is responsible for the technical information contained herein.