Since 2005, the Company has conducted several drilling programs focused on the expansion and delineation of their primary asset, the Cardiac Creek deposit. To date, over 150 drill holes have been completed totalling more than 64,000 metres of drilling (either abandoned or completed). A map of the drilling and a table of all the pertinent drill results can be seen below. 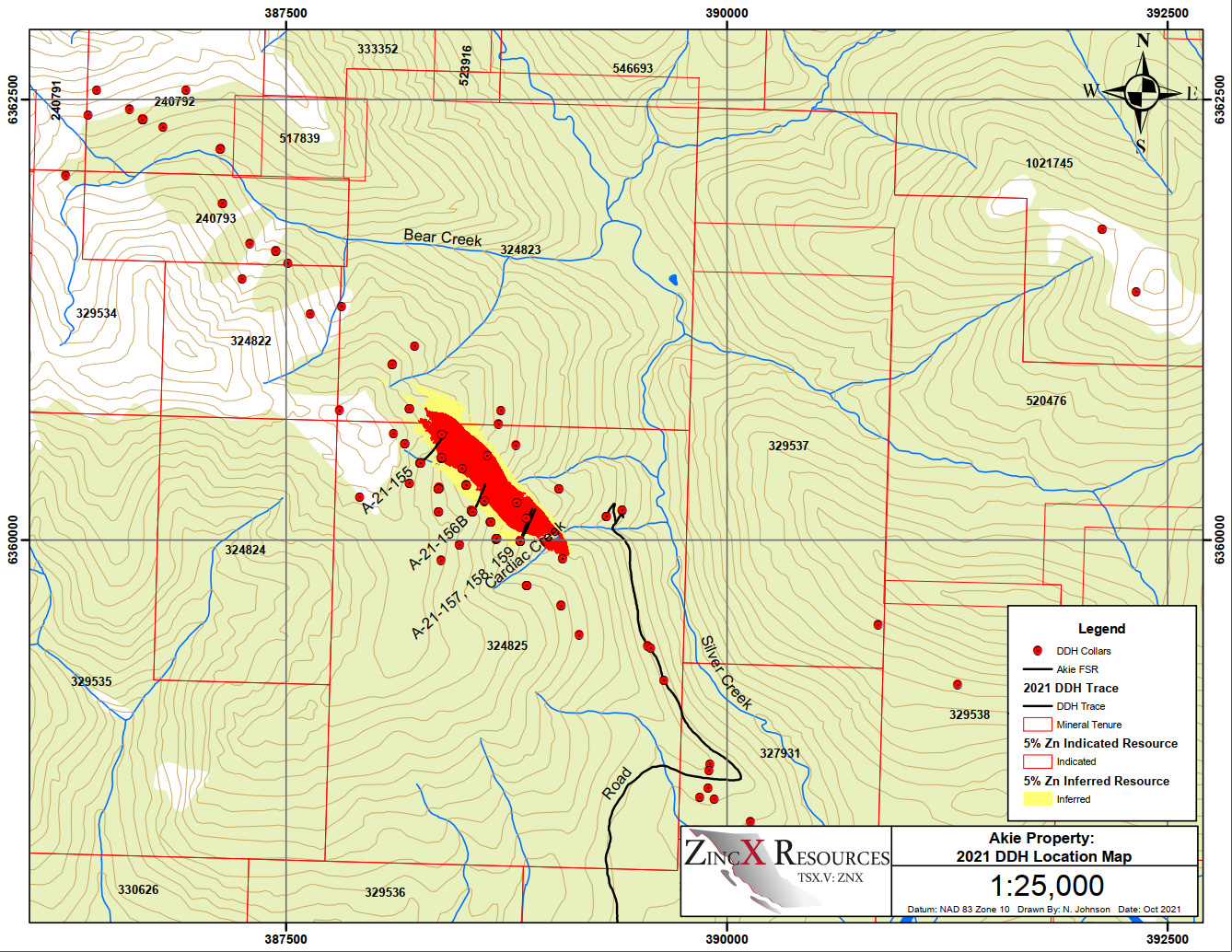 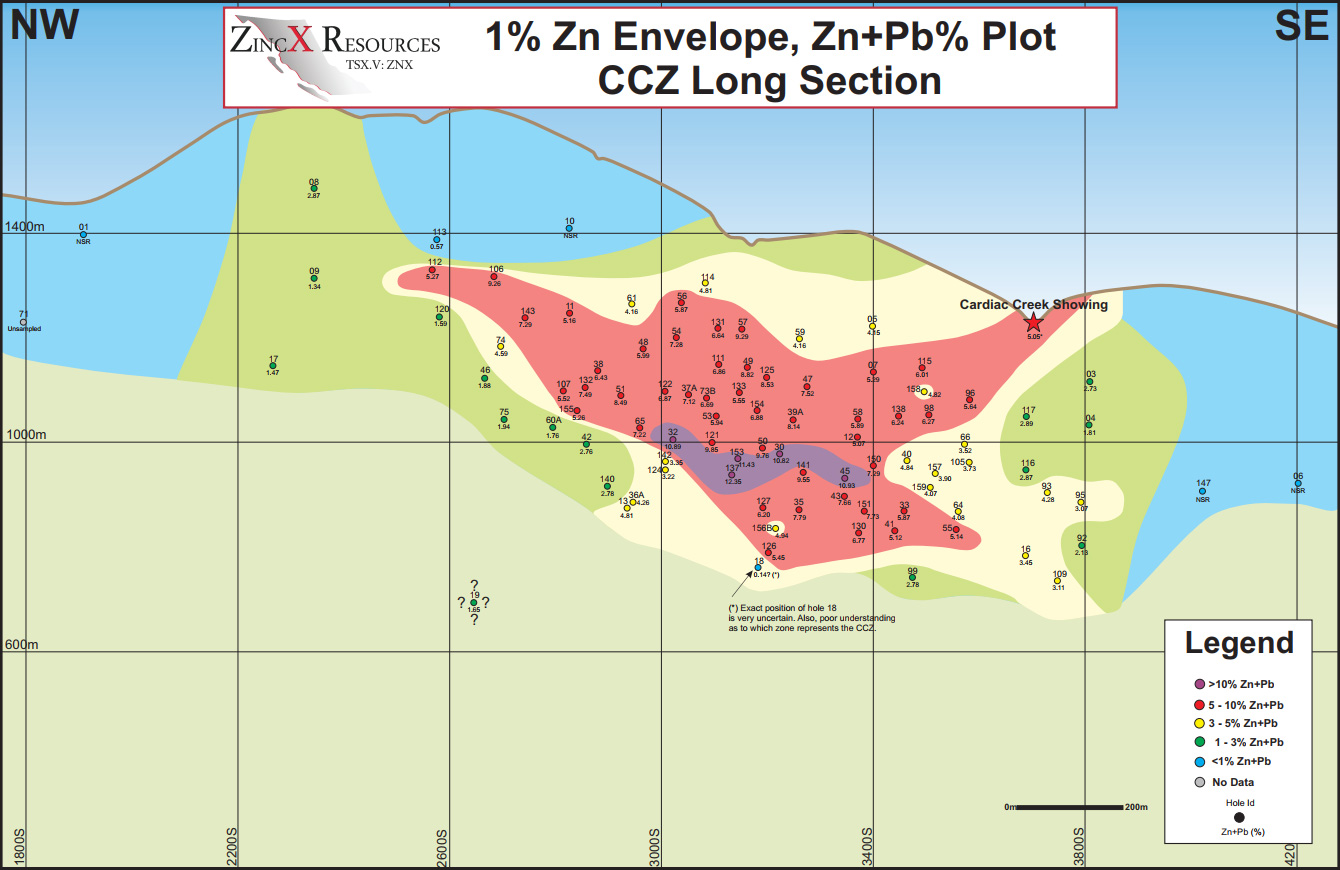 Select cross sections can be seen below depicting a schematic view of the Cardiac Creek deposit and results from recent drilling programs. 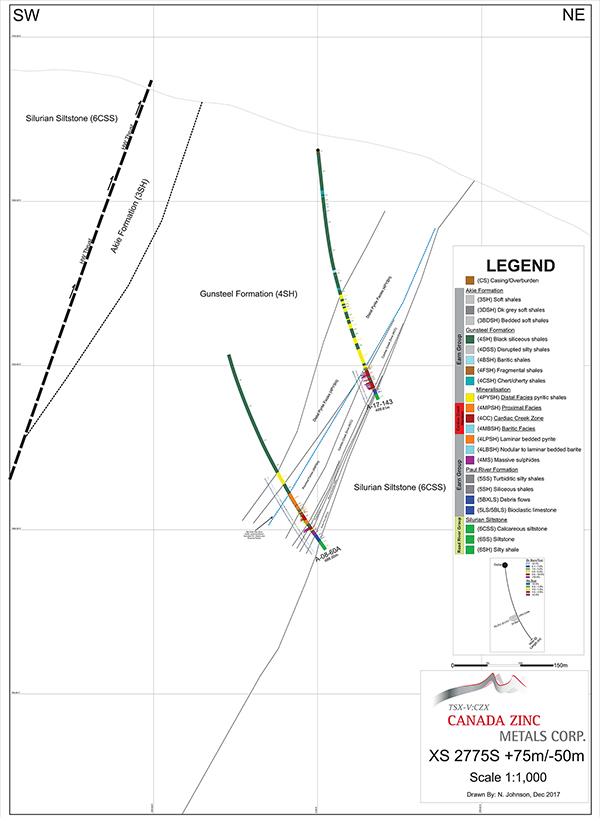 The primary focus of the drilling has been the Cardiac Creek deposit however there are additional property scale targets have been drill tested at various times since 2005 or are being considered for future drilling. These include: